Our Welcome Reception takes place at two locations, the Ipanema Café/Bonnefanten Museum and the Limburg Gouvernement. The ticket in your registration pack which you will receive upon registration will indicate which is your location for the welcome reception.

The Bonnefanten Museum is a museum for old and contemporary fine art. The museum was founded in 1884 and its name Bonnefanten is derived from the Franch “bons enfants” (“good children”), the popular name of a former convent in which the museum was housed between 1951 and 1978. Since 1995 the museum is housed in the distinctive building designed by Aldo Rossi. Due to the shape of the museum’s cupola, the building is nicknamed “The Rocket”. The reception takes place in the museum itself, and its adjoining Ipanema Café.

Located nearby, the Gouvernement is the official seat of the government of the Province of Limburg, of which Maastricht is the capital. The building is located on the river Maas, and it is where the Treaty on European Union, beter known as the Maastricht Treay, was signed on 7 February 1992 in the presence of representatives from the (then) twelve member states of the European Communities. The Treaty entered into force on 1 November 1993, creating the European Union and initiating the creation of the Euro.

Both locations are halfway between the MECC and Maastricht’s city centre, and can be reached on foot, along the river Maas, from the city center within 15 minutes.

Note that if your location for the welcome reception is the Gouvernement, you will receive a complimentary entrance ticket to visit the Bonnefanten Museum at another time during your stay. 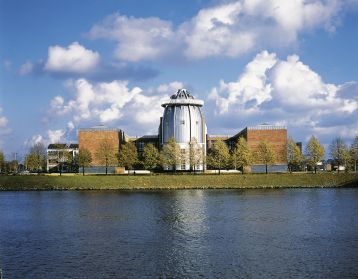 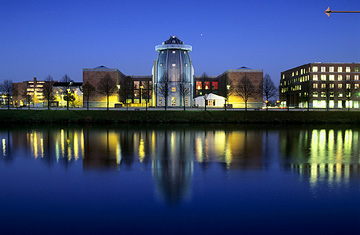