Use Python to calculate the facial width to height ratio (fWHR)

There is a rise of papers that calculate the Facial Width-to-Height ratio (fWHR) as a proxy for the personal/physical traits (“facial masculinity”) of executives such as CEOs. 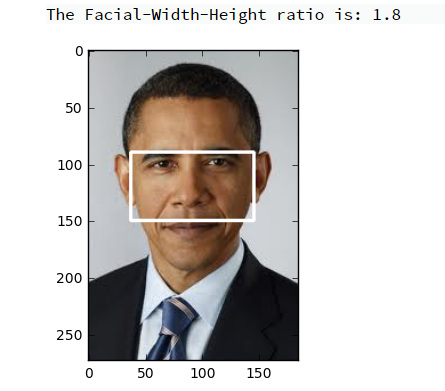 There is no perfect definition on what the fWHR captures, but most papers interpret the fWHR to be associated with traits such as aggression, risk-seeking, and egocentrism. For a more comprehensive discussion I recommend reading Lefevre, et al. (2013) and Jia, van Lent, and Zeng (2014), available here:

How do these papers calculate the fWHR?

The common procedure to calculate the fWHR is to manually determine the bizygomatic width and the upper-face height based on a picture of the person. This procedure has several difficulties:

The first step to be able to automatically calculate the fWHR is to detect the face and facial features required to determine the corners of the “fWHR box”.

Recent developments in machine learning have greatly advanced our ability to use trained algorithms to detect faces (“face recognition”) and to automatically find facial features such as the eyes, mouth, and nose.

One recent Python packages (named “Face Recognition”) in particular has received a lot of attention because it provides an easy-to-use higher level interface build on the state-of-the-art dlib face recognition algorithm build using deep learning. The dlib algorithm is able to detect faces in pictures with an impressive 99.38% benchmark accuracy. Both can be found at the following links:

The “Face Recognition” package allows us to identify faces and to get the locations and outlines of each person’s eyes, nose, mouth and chin: 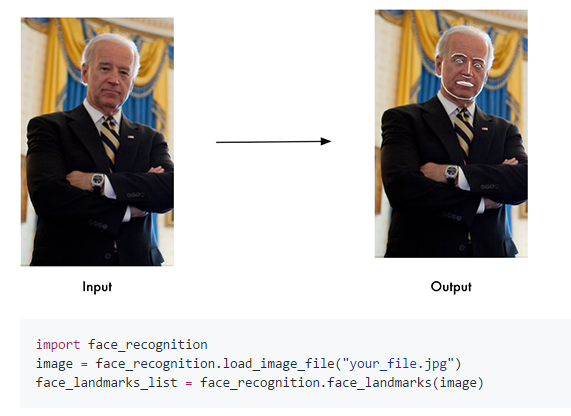 I have created a Jupyter Notebook containing experimental code that will use the “Face Recognition” package to automatically calculate the fWHR. 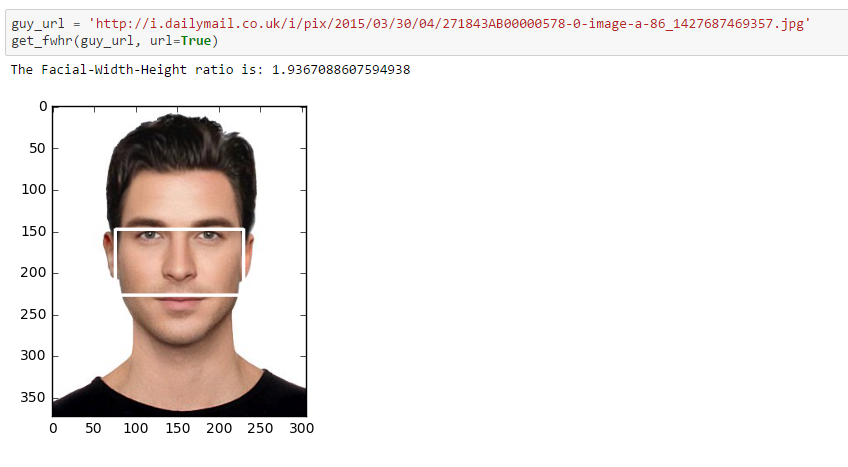 As provided it has the following features:

The code is available on GitHub:

How does it work?

The “Face Recognition” package determines the following points “under the hood”: 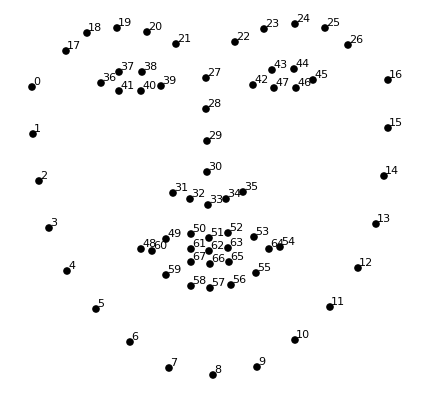 My codes uses these points to determine the different corner points of the fWHR box:

Note, this code requires the “Face Recognition” package which currently only works on UNIX systems. 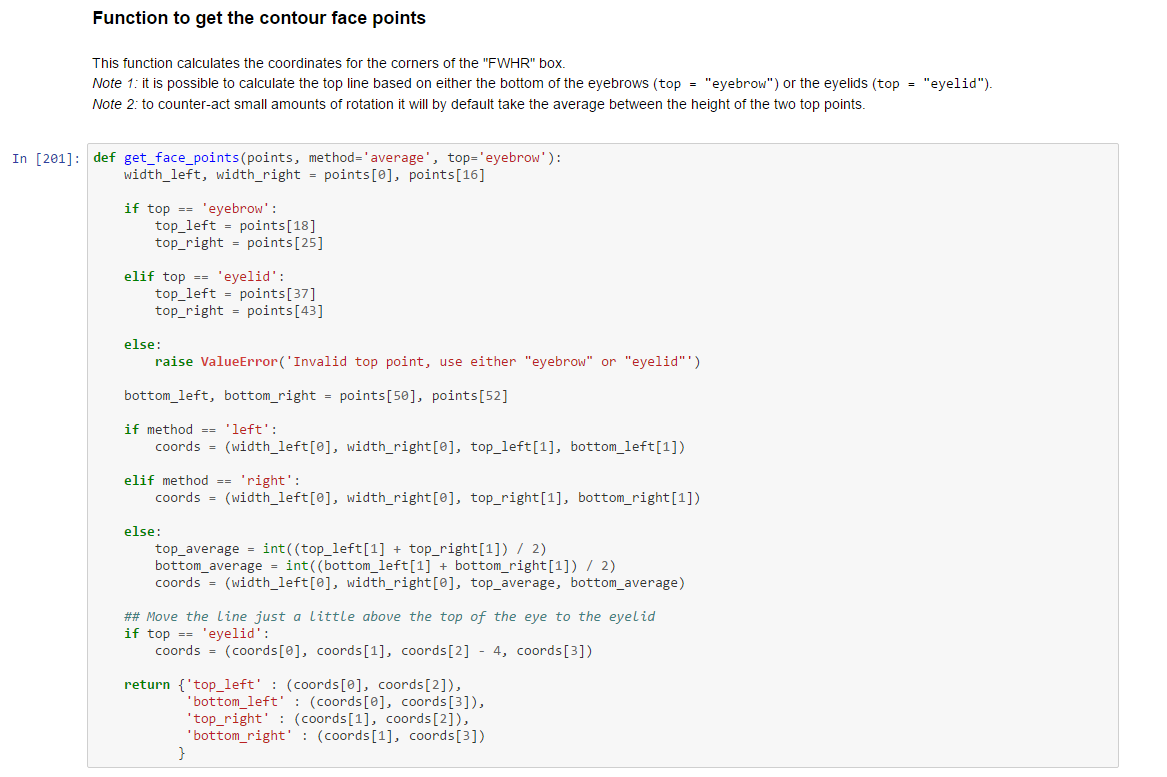 Once the corner points have been determined, it is a matter of performing a basic calculation to get the fWHR: